An allergy is a sensitivity to a substance which does not normally cause people any problems.

Allergies come in a variety of forms and vary in severity from mildly bothersome to life-threatening.

Most allergic reactions are not serious, but some, such as anaphylaxis, can be fatal. In this case the patient’s air passages swell and close and the blood pressure falls abruptly.

Only a few allergies can be cured outright, but a variety of conventional and alternative treatments are available to relieve the symptoms. If your allergy is severe, it is vital that you visit a conventional medical doctor and get immediate treatment on an emergency basis.

No one knows why some people develop them, but heredity seems to play a role in their development.

A person develops an allergic reaction when the immune system cannot tell the good from the bad and releases a type of chemical called histamine to attack the harmless substance as if it were a threat. Histamine produces many of the symptoms associated with allergies. Substances that may trigger allergic reactions, known as allergens, range from pollen to pet faeces to penicillin.

Allergies come in many distinct forms and are typically grouped in general categories according to the types of substances that cause them or the parts of the body they affect.

Skin allergies: There is three types of allergic reactions affecting the skin.

Respiratory allergies: Such as Hayfever with typical symptoms include itchy eyes, nose, and roof of mouth or throat, along with nasal congestion, coughing, and sneezing.

Reactions are caused by the pollens of ragweed, grasses, and other plants whose pollen is spread by the wind. But the same symptoms can be produced by other airborne substances that you inhale. These can include moulds, dust, and animal dander. Mould allergies are caused by airborne spores.

Asthma has various causes, but the chief ones are allergies to pollen, mould spores, animal dander, and dust mites. (See Asthma.)

It is sometimes difficult to pinpoint the specific allergens responsible for a food allergy, because reactions are often delayed or may be caused by food additives or even by eating habits. However, approximately 90 percent of food allergies are caused by proteins in cow’s milk, egg whites, peanuts, wheat, or soybeans.

The classic symptoms of food allergies include stomach cramps, diarrhoea, and nausea. In more severe cases, there may be vomiting, swelling of the face and tongue, and respiratory congestion, as well as dizziness, sweating, and faintness.

Some studies speculate that people who have other allergies (food, drug, or respiratory) may be more susceptible to insect sting allergies, which affect about 15 percent of the population. Venom in stings of bees, wasps, hornets, yellow jackets, and fire ants is a common allergen. (See Insect and Spider Bites.)

The best treatment for all allergies is to avoid the allergen that trigger them, but this can be difficult. It is especially important to avoid any foods which may trigger attacks.

The basic medications for respiratory allergies are antihistamines, which counteract the histamine chemicals that cause the allergic reactions. They come as tablets, liquid medicine, nose drops or eye drops and also as injections.

Prescription corticosteroid drugs may also be used for the severe symptoms of skin allergies.

In emergency situations… when Anaphylactic shock occurs – injections of epinephrine are used to dilate bronchial passages. Immunotherapy, or allergy shots, may cure some allergies by introducing small amounts of the offending allergens in order to help the body learn to deal with them.

These drugs are not cures they simply relieve the symptoms.

Your doctor can perform a prick test so he or she will be able to tell you which substances to avoid exposure to.

Eczema is quite often controlled by ensuring that the skin is kept supple and moist (use a moisturising cream).

Drug allergies: Once again avoid any drug which may cause a reaction and of course if you have a reaction contact a medical practitioner urgently.

Insect sting allergies: Avoidance is the best treatment, but immunotherapy may cure insect sting allergies. If you are extremely allergic and likely to go into anaphylactic shock, your doctor will prescribe an emergency kit, which you must carry with you at all times.

Since allergies can be difficult to diagnose, and are in many cases incurable, alternative remedies for them have become quite popular. But if you have a severe allergy, or in case of an emergency, you must see a conventional physician.

Respiratory allergies: Install a high-efficiency air cleaner to help remove pollen and mould spores, and use an air conditioner in your home and car during warm seasons to keep pollen out; regularly clean damp areas with bleach to kill moulds.

Consider hiring a special cleaning service to rid furniture and upholstery of dust mites. Isolate (or, if you can stand it, get rid of) your pets and keep them outside as much as possible. Regular baths for your pet will help reduce dander. If you are going on holiday remember there is much less pollen at the seaside than in the country. 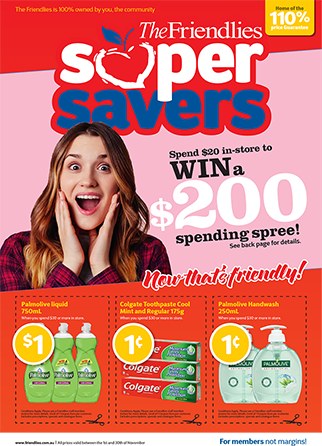