This is a condition where the person’s moods swing wildly from elation to severe depression.

Mood swings which are obvious and unexpected characterise this disorder. There are two strongly opposing phases the person swings from:

In the manic phase:

In the depressive phase:

Manic-depression or bipolar disorder is a disturbing illness both to the sufferer and there families. It is characterised by cyclical swings between euphoria and despair. There is no set pattern to the swings between the manic phase and the depression phase and no exact frequency with which they occur. Some people are continuously in this alternating cycle, for other more fortunate people it only happens once in their life. In most instances, the patient is depressed longer than they are manic.

Much evidence suggests that the illness has a genetic basis, but its actual cause is still baffling doctors. The symptoms apparently result from chemical imbalances in the brain. This illness interrupt the patients life and that of their family, but it can also have dangerous consequences if the patient commits suicide.

The disorder usually takes one of two different types. In one type the patient has very disruptive and over-excited mania phases alternating with depression, while there is another type in which the mania phase is less pronounced and not very excessive.

In the first type, patients are likely to be very intense and often will pace about, shouting and screaming or they may flit from subject to subject rapidly. Both are thought to be genetically linked.

The symptoms of this illness can be controlled through the use of medications and other treatments.

The illness is sometimes linked to a seasonal disorder, with depression occurring in late autumn or winter and progressing to mania in the summer.

Usually the disorder starts in early adulthood, with the first episode in men likely to be manic and the first in females usually depressive. With age the occurrences of phases come more frequently and last longer.

A possible cause of manic-depression is a chemical imbalance in the brain, caused by a defective gene. Among the neuro-transmitters possibly involved are serotonin and norepinephrine, these two chemicals influence mood. A low level of serotonin may produce an unstable mood while an imbalance of norepinephrine alters the direction of the mood swing. It is reported that a low level is associated with depression and a high level produces mania. This area is complex and not completely understood. In a number of cases, there is some family history of mood swings, depressive illness, or suicide which indicates that genes do play some type of role.

In most cases, manic depression will commence with no outside influence or cause, however in some cases tension or dysfunctional upbringing may stimulate an episode.

Many cases are not treated and the reason may be that patients do not want to acknowledge that anything is wrong because of the negative stigma attached to mental illness. In addition, doctors often do not recognise the symptoms and misdiagnose the illness.

In attempting to diagnose, psychiatrists will investigated the patient’s history and also the family history. This is to eliminate other disorders.

The patient should go through a physical examination as well which includes a blood and urine test. The doctor may also perform a thyroid examination as medication for this illness may affect your thyroid.

Doctors usually treat this disorder with both medication and psychiatric therapy. Hospitalisation will usually only occur in extreme cases.

You will need to be under regular supervision by your doctor so he or she can monitor your progress and the levels of the drug in your blood stream.

Natural therapies may not always be very helpful with this disorder while the patient is having either a manic or a depressive episode. However, they can often be helpful in between occurrences.

Talk to your doctor about the benefits of magnesium. It has been reported that this mineral has the same affects as lithium (the drug most used in the treatment of manic depression). Do not ever treat yourself. This disorder should always be monitored by your doctor.

Another option is the use of some Chinese herbs. However it is vitally important that you see a Chinese Herbalist who is experienced in treating mood disorders – not all of the practitioners are.

If you live with a person who is manic depressive or if you have this disorder yourself, try to have a tranquil home especially when the person is having a manic episode. Getting enough sleep is very important. Loud parties, lots of television watching and loud music can bring on a manic symptom.

People who are in the manic phase often take part in risky activities and they should be watched and prevented if possible from taking risks. Food and drinks containing caffeine or any other energy lifting substance should be avoided during the manic phase as should alcohol. 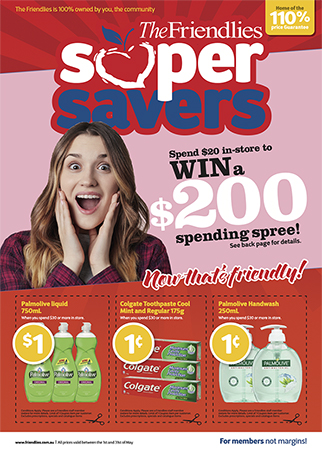